How to Enter a Room & F*cking Own It 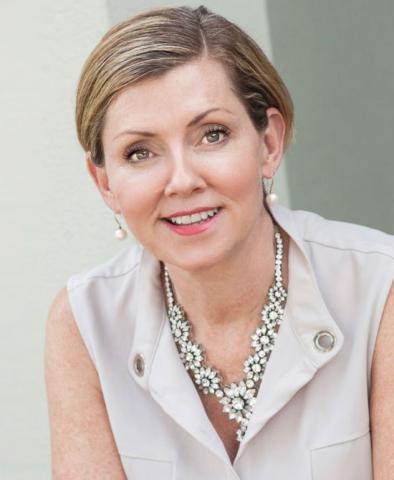 Maz Farrelly spoke at Nurture Change 2017 and Nurture Her 2018 and boy she made an impression! Here's an insight into the irrepressible Marion Farrelly...

You need to stand out not just stand up...

Maz gets the fact that you can’t just stand up, you need to stand out and she has a wonderful way of bringing that out in people.

If you’ve watched it on telly, Maz probably had something to do with making it – she’s a passionate communicator who has worked on the initial creation, development, reinvention and show running, of some of the world’s biggest brands in Australia, UK & LA.

In her role as an international, award-winning TV Producer, Maz communicates & engages audiences – millions of people every day – with content so compelling they come back for more, over & over again. She’s run number one shows that have changed government policy, made front-page news & started national conversations.

Maz is on a mission to help people unlock their full potential, inspire & engage their clients & teams & more importantly, themselves.

She started life as a magazine journalist & stylist in London, and Absolutely Fabulous was based on her agent – she thinks it’s a documentary.

She has since had a variety of smart corner offices as Executive Editor of Format Entertainment at the BBC UK London, Director of Television Content, Fremantle Media Australia & Director of the award winning, Media Tribe, Australia.

Currently, she has teamed up with Alison Black to form Black & Farrelly where they transform pitches into profit - “we help you deliver your message clearly, concisely, and in an entertaining and engaging way. You stand out and your information goes in. Everyone speaks, but if you really want be HEARD, engaged with, voted for, or promoted - we can make this happen together.”

“We are specialists in the 90 second elevator pitch or as we call it, the most important 90 seconds of your life. We get people to care about you, your company and your message."

"We want you to be the highlighter in a world of black pen."

Mark Bouris described Maz as a 'genius with people.'